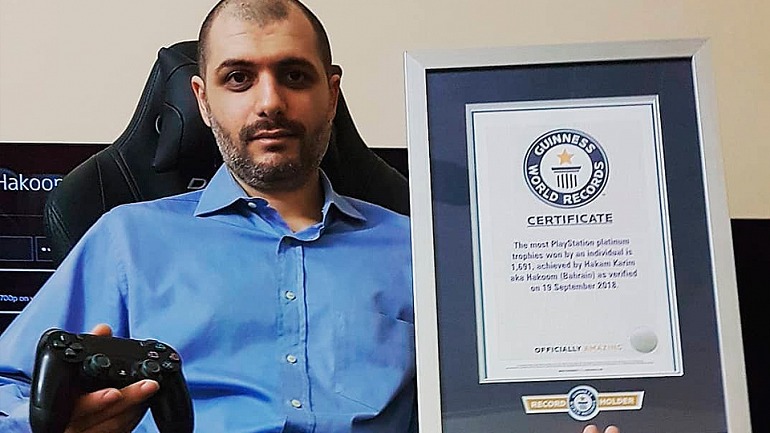 Hakam Karim “Hakoom” has won the Guinness Record, which credits him as the player with the highest number of PlayStation Platinum trophies in the world. Last year we talked about Hakoom since he was one of the only two players to beat the 1,200 marks worldwide. Leaving behind its most direct competitor, it already totals more than 70,000 trophies on Sony platforms.

Guinness World Records has given him the distinctive badge where his merit is recognized, but this fan keeps winning trophies. In fact, from the date on which he achieved the record Hakoom has won even more platinum trophies: According to his PSN profile he has currently achieved 1,717 platinum. Hakoom explained in Reddit how he has achieved such a figure. The secret seems to be to start different games at once on different PlayStation platforms to win the platinum trophies faster, also playing an average of 15 hours a day. This explanation has not convinced the rest of the community, as many fans point out that it is suspicious that obtained some trophies with so little difference of time between one and another, although Hakoom maintains that he has not made any type of trap and that he has supported with proofs his record.

In any case, Hakoom only takes a lead of 4 points to his closest rival, Roughdawg 4, which could snatch the world record at any time.

The bahraini A-Hakam breaks world records for the playstation and enters Guinness for having the most plats and trophies in the world after 10 years!
.@playstation @GWR#playstation #ps4pro #playstation4 #sony #bahrain #gaming #ps4 #gamer #hakoom pic.twitter.com/7vykVOL7TE