You are here: Home / Archives for Zeraora will be distributed soon in Pokémon Ultrasol/Ultraluna 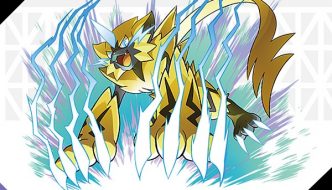 It is a mythical Pokémon that, until now, had only appeared in the TCG. Nintendo has today anticipated the arrival of the mythical Pokémon Zeraora to Ultrasol / Ultraluna Pokémon, apparently the last creature to make 3DS debut. The nickname “Pokémon Fulgor” will be distributed in participating establishments in Spain from today, October 1, until November 15, 2018. The Zeraora that you […]