You are here: Home / Archives for Top UK: Black Ops 4 retains the lead followed by FIFA 19 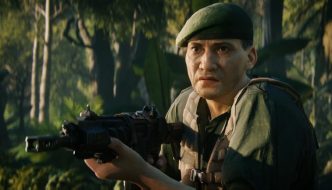 LEGO DC Super-Villains opens sixth while Soul Calibur VI is ranked eighth. For the second consecutive week Call of Duty: Black Ops 4 has become the best-selling video game in the United Kingdom with a decrease of 39% in the sale of physical copies compared to the data recorded the previous week, which were already lower than […]