You are here: Home / Archives for ‘Quake Champions’ Presents “Portal” 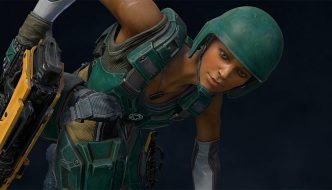 It also joins the action Athena, a new champion. Id Software prepares important new features for Quake Champions, which this October will be expanded with a new game mode called Portal, which the authors of the great DOOM define as a battle that confronts two teams of four players in “a tense combat of attack and defense. ” The objective? The defenders must […]