You are here: Home / Archives for Device Motherboard 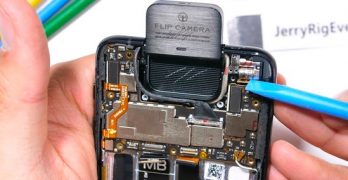 ASUS Zenfone 6 owners were taken aback this weekend after an update began to be distributed to the Taiwanese flagship mobile phone. According to information, some devices suffered hardware damage after the update, forcing the company to make a kind of “recall” to replace the motherboard of the product. ASUS’s smartphone announced in May of this year in Spain showed […]