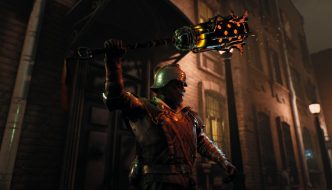 It will debut in the form of early access in PC on November 8. Earlier this year, we echoed the announcement of an action RPG that mixed the Dark Souls formula with the growing Battle Royale genre. It was Egress , an interesting proposal signed by Fazan Games and today shares details about its release on PC and consoles. To be exact, the computer version […]