You are here: Home / Archives for Cars and tracks 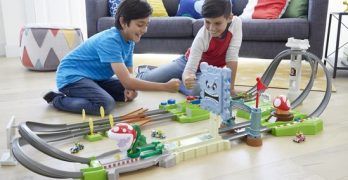 Owner of the Hot Wheels toy brand, Mattel has announced a closed deal with Nintendo to launch Mario Kart themed carts and tracks to its famous franchise. The line arrives on a 1:64 die-cast metal scale and has been predicted since July last year. The series will initially feature a total of three tracks and four characters – Mario, Yoshi, Luigi, […]