It will be available on PC and PS4 from November 1 in the West. 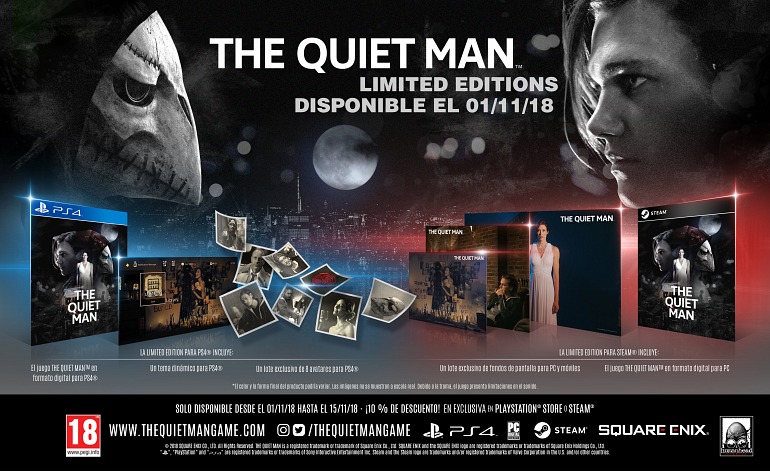 The experimental hybrid proposal of The Quiet Man, a title that simultaneously mixes film and video games, already has a release date for the West and is the same as for Japan: on November 1, you can play it on PC or PS4. Square Enix has also broken down the special editions and incentives that we will have at our disposal.

To get an edition of The Quiet Man, we only have to acquire it between the 1st and the 15th of November. If we do it from PS4, we will get a dynamic theme and a package of eight avatars for our PSN profile. When opting for the PC version from Steam, we will get together with the game a batch of seven wallpapers for PC and mobile phones. In the same period of time, both platforms will offer the game with a 10% discount.

The Quiet Man combines action with real actors and the rendering of the game to offer a thrilling cinematic experience in the playable and guided by history. Narratively, the script of the game takes place in a single night in which we control Dane, a deaf protagonist who will deprive us of almost all the sound and force us to pay attention to the actions of the other characters to move forward.

Also See:The Next Downloadable Destiny 2 would have a New Horde Mode