You are here: Home / Apps & Games / The Bikes Arrive at No Man’s Sky thanks to their New Update

Fans can explore the planets at full speed with these new vehicles. 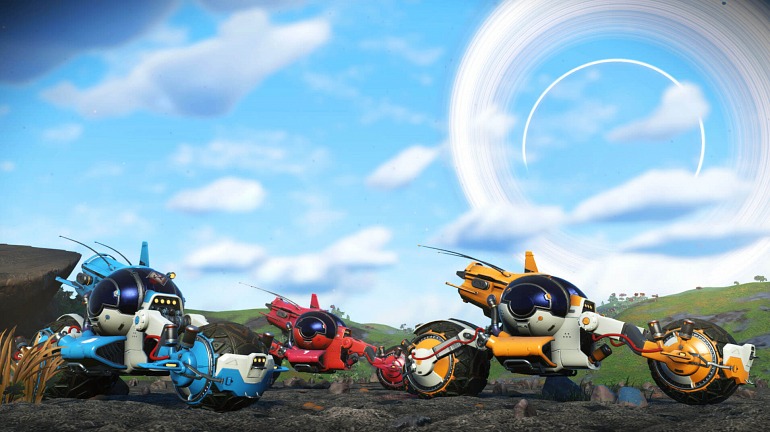 The Hello Games team continues to add new content to its ambitious No Man’s Sky, which months ago was released on Xbox One with its multiplayer, and the latest great news are the bikes, which will allow fans of this adventure Space explore your colorful worlds at full speed aboard these vehicles.

The vehicle responds to the name of Pilgrim, and is presented in several tones so that each player chooses the one that he likes the most. Before, of course, we will have to find the plans in the Blueprint Analyzer and look for the necessary materials to build the bike.

The existing exocraft also receive some adjustments with the new free update of No Man’s Sky, which improves multiplayer racing and increases the inventory size among other novelties. An interesting point has to do with the hangars to store vehicles; built one, we can summon any exocraft with an unlimited scope in any planet where we have built one of these structures.

Also See:Skybound Games will take over The Walking Dead The Final Season