Expected to September, the next edition of the iPhone XR tends to stay longer away from the jack. According to an article on The Elec site, the Chinese company ATL (Ameperx Technology Limited) would have begun mass production of the batteries of the model, which would have 5% more of the capacity of the predecessor.

The new parts would have 3,110 mAh, compared to 2,942 mAh of Apple’s most basic current device. With the realization of this type of battery, it would be the largest among the iPhones of a single cell. It is worth remembering that the iPhone XS and XS Max are larger, but have two cells combined.

The trend is that the larger battery along with the future Apple A13 chipset – expected to be more energy efficient, in the second generation of 7-nanometer lithography – will bring even greater time away from the jack to the devices.

Unlike the current family, which focused on optimizing the operating system to improve autonomy, “Apple” would have committed itself to broaden the overall capacity for the next handsets.

It is worth remembering that ATL was the company that took over orders for Galaxy Note 7 batteries after discovering that the original SDI made the units of the model catch fire.

Recommended: Researchers in California propose new look at dark matter and how to find it 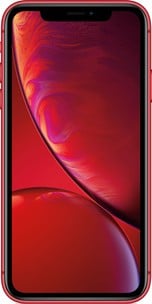 The Apple iPhone XR is available at Carrefour for $ 3,849.