You are here: Home / News / Researchers in California propose new look at dark matter and how to find it

The dark matter, which is more than 85% of the universe as we know it is one of the major mysteries for researchers seeking answers to what makes up the universe. Scientists seek to find the mysterious particle from which matter is composed.

And these studies have gained a new element thanks to research from physicists at the University of California. In six if June, at the 2019 Planck conference, researchers John Terning and Christopher Verhaaren presented a new theory for what makes up dark matter and how it can be detected

It is possible to see evidence of the existence of dark matter through its effects on gravity and the expansion of the universe. And it is known that an invisible particle is hidden and is responsible for the functioning of the universe. Finding this single particle is the subject of several theories, such as that the universe is composed of dark fluid.

Turning and Verhaaren advocate a new type of dark matter and a way of detecting it, a double test of theory and experimental validation. This check, however, may take some time. This type is different from previous theories, which suggest that exotic particles are invisible because they consist of weakly interacting massive particles or WIMPs. So far, no experiment has been able to find these particles. 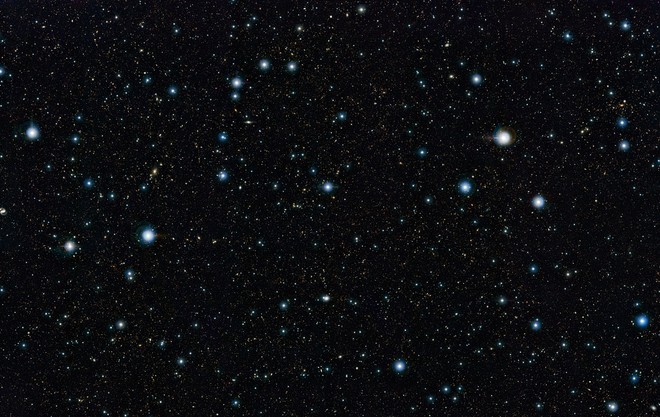 We still do not know what dark matter is. The main candidate for a long time was the WIMP, but it looks like it’s almost completely thrown out. ”
John Terning in a press release

The researchers analyzed an opposing theory for dark matter with an equally fantastic name: “dark electromagnetism”, which says that there is a subatomic particle known as a dark photon, which can interact with regular photons that can already be detected. To that conviction, the researchers added data that shows that dark matter can be caused by “dark monopolies,” which are based on quantum theory.