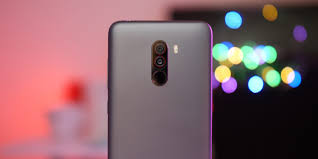 While MIUI 11 is n’t around, Xiaomi keeps updating its devices with timely improvements until the next version of the Chinese company’s interface becomes available. Today, the company has released a new update for the Pocophone F1, one of last year’s most hotly debated smartphones, ‘king of value for money’ and positioned in the fine line between premium mid-range and top-of-the-line.

The device received the update from MIUI in version 10.3.6.0 via OTA. It is not possible to know the file size, but on sites that provide the update for those who want to force the update, you can find examples of up to 1.77 GB.

In addition to the Android June security package, there are system security enhancements, Pocket Mode optimization for the lock screen, and correction for the status bars and notification area that, in some cases, the screen would not light up. for notifications received.

The previous update, released just over a month ago, brought new clock options to the lock screen, giving you the ability to insert a vertical clock or align it to the left of the upper screen area.

However, do not wait for a dark mode on the device natively. The functionality will come with MIUI 11, as promised by a Xiaomi executive, but it can be activated without root by ADB commands – using USB debugging – as we explained earlier. The manufacturer is recruiting volunteers to test the smartphone on Android Q,

The update with MIUI 10.3.6.0 has come to Pocophone F1 via OTA, but anyone who is in a hurry and doesn’t want to wait for the Xiaomi update can download the update file from the link below. Anyone who does not receive notification directly on their smartphone can look for the update by the following path: Settings / About phone / System update. Remembering that TudoCellular is responsible for any failures or problems resulting from manual updates, and recommends a full backup of the device before the procedure.

Recommended: ESET publishes tips to help control the technological use of children and adolescents.