Home News I win! Comparison shows how One Plus 7 Pro lenses have improved...

We saw that earlier in the month OnePlus released a software update for OxygenOS that lifted the manufacturer’s custom firmware to version 9.5.7. This update focused on what 7 Pro does best: photography.

The device is the first of the brand with a retractable front camera, and not only that, it has a rear configuration of three stunning lenses. The update, weighing 127mb, brought improvements, in contrast, more accuracy for automatic stabilization, and also fixes for white balance activation.

But, as the saying goes, a picture is worth a thousand words.

What the smartphone cameras are doing is to promote a real improvement in the experience as a whole, in particular by improving colors in scenarios where brightness is not ideal. As an example, the website PhoneArena warned that in green areas it was very common that the images were darkened, although still well defined. And well, the prayers of the site were heard: 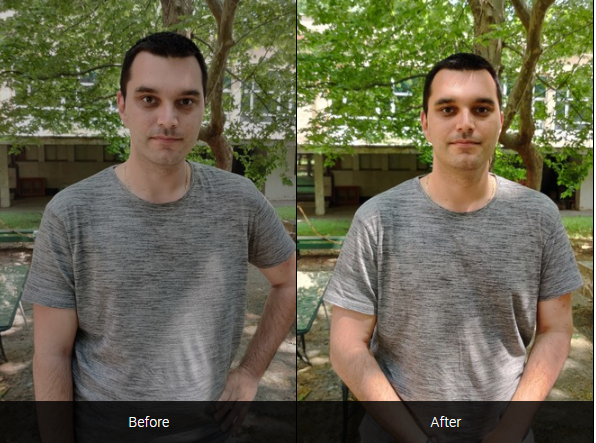 The OnePlus 7 Pro came into the world with a number of changes from its predecessors, such as the 90Hz refresh rate curved display or the retractable front camera system. But another highlight was the addition of a third rear sensor.

Reaching one of the best positions in the DxOMark ranking, the company seems committed to delivering the best possible quality to its users with the smartphone.

Now an update to OxygenOS, more precisely version 9.5.7, has brought a lot of enhancements to the smartphone’s operating system and camera.

For the camera, the new version includes focus enhancements, white balance, contrast, color, clarity, noise reduction, among others. In the case of the system, optimizations in Ambient Display mode, double-touch wake-up and screen sensitivity were included.

This update is being distributed initially for a small number of devices at that time. More devices should be eligible to update in the coming days or weeks. This way, you can try to search for the update in the device settings menu or wait for the update notification via OTA (over-the-air).