You are here: Home / Apps & Games / Here are the first NVLink Bridges for Custom GeForce RTX 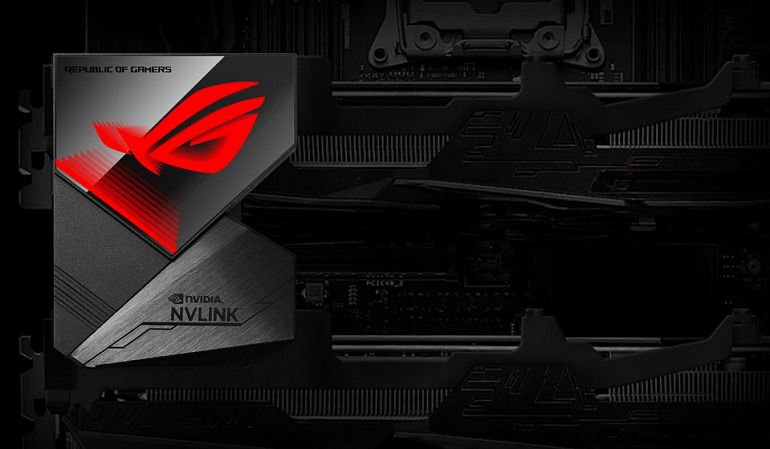 If you think that the best way to use your money is to buy two of the new RTX 2080 or 2080 Ti from Nvidia, you should continue reading, because unlike the RTX 2070, the first two need an NVLink bridge to pair as it used to. the SLI. Nvidia itself sells its own bridge for 84 euros, but if you want something more special, you can pull the custom bridges that some of the associated manufacturers have launched. None of them is exactly modest, and in fact, they all have RGB lighting, so expect a rush in the price. Besides, they are sold in models of 3 or 4 spaces to adapt to each graphic.

The first one, which you have at the beginning of the news, is that of ASUS, which presents that lighting with the logo of its brand ROG very clearly. It has a block shape and is the least spacecraft form of the three. Its price is not yet known. The second one, which you have here, is the one that corresponds to EVGA. It also has customizable RGB lighting with the Precision X1 software in the house and sells for $ 90. In the case of Gigabyte, it has the NVLink bridge that you have here below, and its lighting can be activated in several programs. Like that of ASUS, it lacks price or release date.