We recently saw here that Facebook was preparing a new version of its messaging application for Windows, and it is expected to arrive first for users who have the beta version of Facebook Messenger.

Confirming these rumors, the new Facebook Messenger Beta update has been made available on the Windows Store today and should be gradually distributed to those who have or will install the version in question on their PCs.

For now, there is no information on how to unlock the updated version of the app after installing it through the store but it seems to follow the same pattern seen in the company’s Android apps where the interface is offered in waves linked to user accounts.

However, if you wish to install the beta to see if it has already been released to you, you can do so via the card below.

Recommended: Call of Duty Mobile is about to receive an update that brings ‘Zombie Mode’ to the game.

So, do you prefer to use a specific application for Facebook Messenger or do you think it is better straight through the browser? Tell us in the comments! 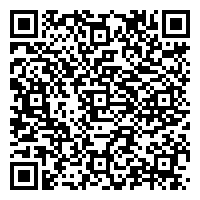