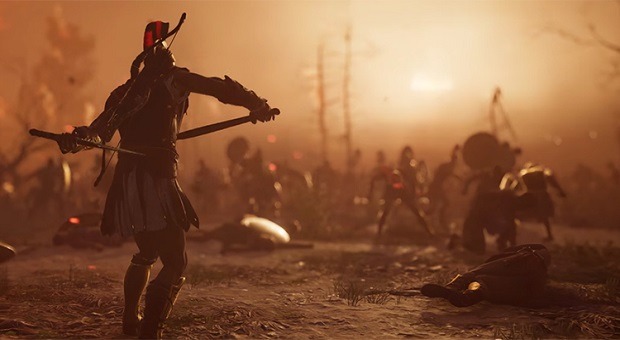 Assassin’s Creed Odyssey will receive a Season Pass, but developers will release free content updates before Paid Content comes out. According to the data published by Ubisoft, the content of the Season Pass will start in March 2019.

Before the start of the Assassin’s Creed Odyssey season pass, players can enjoy free content updates that include a new game mode as well as weekly activities and recurring events in the game.

The Lost Tales of Greece: Free episodic mission lines will regularly launch episodes of intermittent episodes that will keep players coming up with new stories. These missions will feature familiar faces and new characters from the world of Assassin’s Creed Odyssey.

Recurring events in the game: every week a new epic or mercenary ship appears, presenting challenging battles to the players as they chase after these powerful enemies. Daily and weekly contracts will send players on new missions across Greece.

Discovery Tour: The educational tool that allows anyone to explore the game in a conflict-free environment will be available for Assassin’s Creed Odyssey. After the release, players will be able to visit the full interactive 3D reconstruction of Ancient Greece, free of conflicts, time constraints or game restrictions.

Many more updates: new monstrous and mythical creatures to defeat and a new Game Plus mode that offers new challenges and the opportunity to see how different options affect players’ stories.

In addition to the content that can be downloaded for free, it also includes paid content, as mentioned above. A two-story DLC is planned, but for some, the most exciting part will be Assassin’s Creed 3 Remastered. The Assassin’s Creed game, based on the American Revolution, returns with greater image fidelity, frame rates and resolution.

Assassin’s Creed Odyssey will be released on PS4, Xbox One and PC on October 5th.