You are here: Home / Archives for MY LITTLE PONY: Magic Princess on PC 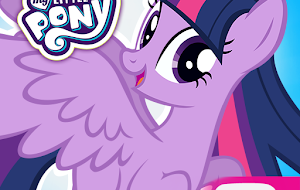 My Little Pony is the official game of the new adventure of My Little Pony, a social phenomenon on the Internet that has managed to dazzle hundreds of thousands of users with a proposal that, despite being childish at first sight, deals with quite funny topics . So, in the hands of Twilight Sparkle, Rainbow […]