You are here: Home / Archives for MTS Alive prices 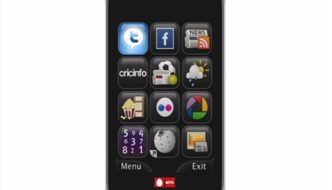 MTS Alive mobile was launched in September 2010. The phone comes with a 2.80-inch touchscreen display that cannot be expanded. As far as the cameras are concerned, the MTS Alive packs a 1.3-megapixel primary camera on the rear The MTS Alive runs Proprietary . The MTS Alive is a single SIM (CDMA) mobile that accepts […]