You are here: Home / Archives for Marvel Strike Force apk 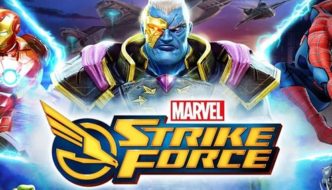 Disney remains firm and strong, launching more and more games based on its properties, and now it’s time to launch another game with the Marvel Comics characters. Marvel Strike Force puts players in control of heroes and villains in strategy-packed battles. In Strike Force, Earth is being invaded, and instead of taking the side of the […]