You are here: Home / Archives for Final Fighter for windows 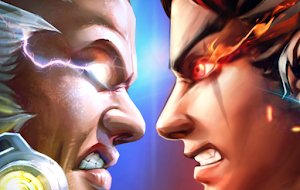 Final Fighter is a fight game in two dimensions in the purest Street Fighter or Tekken style, in which players can fight both against opponents controlled by artificial intelligence (in ‘story mode), and against other players over the Internet . The Final Fighter control system is very similar to the classics of the genre. In […]