You are here: Home / Archives for Civilization VI Trailer 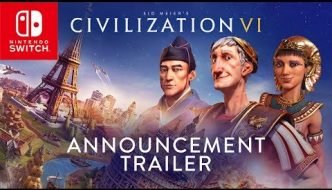 Civilization VI is an amazing MMO game with a breathtaking appeal that offers multiplayer as well as single player story mode options. The game originally rolled out back in 2016 on PC and since then, it has seen a considerable amount of success. Well turns out its success translated into its release on Nintendo Switch, […]