You are here: Home / Archives for B.o.T for windows 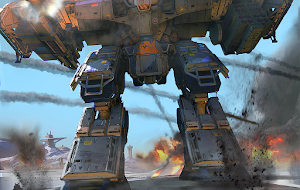 B.o.T is a three-dimensional action game in which we can pilot giant war robots. Up to twelve players organized in two teams will be able to face each other on a huge stage, in which they will win the most damage they can inflict on the robots of the rival team. The control system of […]