You are here: Home / News / You did not like what you heard! Trump denies secretary over ban on Huawei

Despite a tentative deal from Huawei, which would be willing to sign an anti-espionage deal, President Donald Trump’s mood with the Chinese giant does not seem to have improved. That’s because the American commander even denied his Treasury Secretary about the reasons for the ban.

US Treasury Secretary Steven Mnuchin said in an interview with CNBC that the country’s concerns about Huawei are national security concerns. And Trump did not like the statement since, shortly thereafter, the president himself called CNBC and said that the main motivation is economic and then comes national security.

I see this as a threat. At the same time, it might be very good to do something with Huawei as part of trade negotiations with China. China wants to make a deal. They want to make a deal much more than I want. ”
Donald Trump, in an interview with CNBC

The statement shows the dubious behavior of the president who, while seeing the company as a threat, believes that dealing with Huawei could be part of a negotiation with the Asian country with which it is waging a commercial and ideological war. In addition, it goes against the speech of his secretary. It is not the first time a denial has happened coming from the White House on the move to undermine its staff. 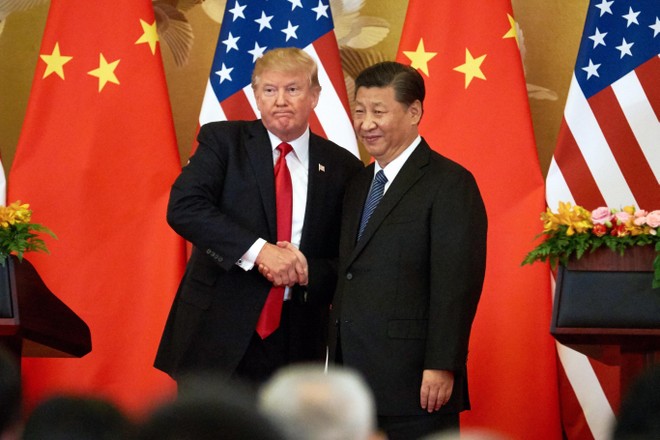 Shortly after signing the decree that included the Chinese giant on the list of companies barred from negotiating with the country and culminating in the end of the partnership with Android , Trump said it could include Huawei’s situation in a trade agreement with China, but the company is dangerous, all in the same sentence.

Recommended: Samsung opens application for internship program with scholarship of R $ 2,000 and benefits

The whole problem involving the United States and Huawei comes from allegations ofChinese government espionage using the company’s 5G equipment, something that was never sufficiently substantiated by Trump’s management and was always denied by the company , although Huawei never denied its connection with the Chinese government. With the statements, the president of the United States testifies that his question with the Asian company is more linked to his policy of privileging the American economy than of risks to the security of the population.