You are here: Home / Android / Xiaomi makes available new version of Android 11 for the Mi A3 with fatal error correction 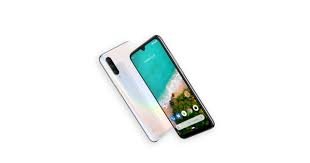 At the end of December, Xiaomi started to update the Mi A3 with the latest version of Google’s operating system, Android 11. However, the long-awaited update arrived for the owners of the device with a fatal problem: cell phones suddenly “died ”After being updated and it was not possible to start the software.

As a result, the Chinese company interrupted the update so that its development team could investigate what caused the failure. Now, finally, the eastern giant has released Android 11 for the Mi A3 again, this time without the dreaded problem.

It is worth noting here that, according to the reports of several users, this update started to be released a few days ago, but only now has it arrived without major problems for a broader base of devices so that it is possible to be more relaxed about your security.

The new version of Android 11 for the Xiaomi Mi A3 arrives with the same size as the original: it’s 1.40 GB of file. In addition, the update changelog contains no more news and basically presents the native features of the new version of the Gigante das Buscas software, since the device is a “member” of the Android One program. In addition to the update for Android 11, the new version arrives on mobile phones with the security patch updated for the month of December.

Recommended: Xiaomi makes available new version of Android 11 for the Mi A3 with fatal error correction

Finally, we highlight that, as expected, this new version is exclusive for those who have not yet updated their smartphones after the first release. If your device has been updated before and has had problems, it is necessary to direct it to technical support, as directed by Xiaomi.