You are here: Home / Apps & Games / Will it come on Two Red Dead Redemption 2 Albums? 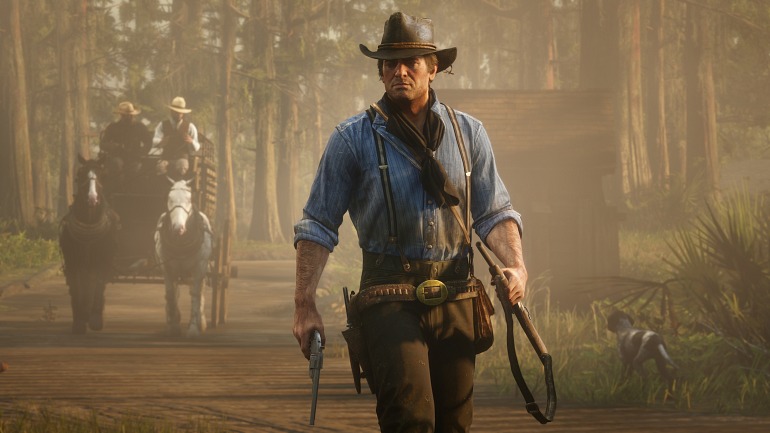 The ambitious work of Rockstar with Red Dead Redemption 2 is giving a talk on many fronts lately, one of them is that of memory. So much so that now, according to a capture of the supposed video game box sent to Japanese stores, it could be necessary to install up to two discs to install it.

So far nothing has been made official about it. What has been qualified in an information, after an official message from Sony UK collected a few days ago in TechWikies, is that Red Dead Redemption 2 will occupy 89.2 GB in PS4. A large number, but far from the official 105 GB that still appears on the PlayStation Store USA.

While October 26th, the release date of the video games, you can read our latest impressions with Red Dead Redemption 2.

Also See:3D Games at the Madrid Games Week: Direct Tournaments and Many Prizes!