You are here: Home / News / There is a franchise! Google Stadia can use 1 TB of data in 65 hours of 4K streaming

Presented by the Mountain View giant on Thursday (6), Google Stadia has streaming gaming capability in 4K resolution at 60 frames per second. Until then, everything seemed to have only good points. However, according to a calculation made by the PC Gamer website, using the maximum capacity of the platform requires a considerable franchise. 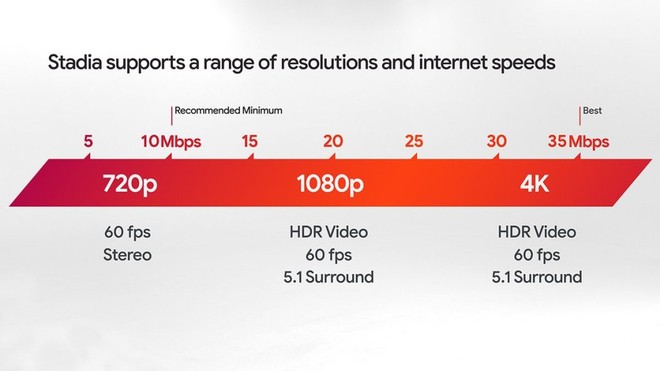 When considering that most of the internet plans in the world have a franchise limitation, using the Stadia at maximum quality would depend on a large package of data from the provider.

On the other hand, in order to have enough internet to last long hours of play, it can also mean extra spending on larger plans.

So far, there is no forecast for the arrival of Google Stadia in Brazil. However, the imposition of the franchise by fixed broadband operators in the country is prohibited. In contrast, it would not be advisable to use the mobile network for streaming games.