You are here: Home / Hardware / The Dark Rock Pro TR4 is a be Quiet Heatsink! for Threadripper 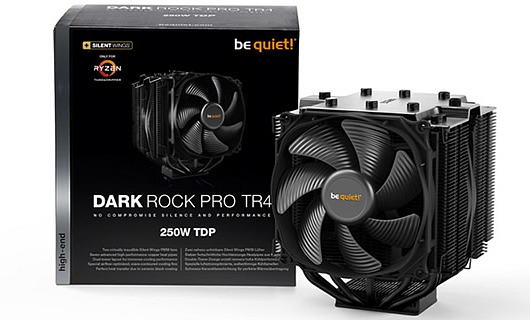 The German brand be quiet! has unveiled its new Dark Rock Pro TR4 air cooling system, a high-end heatsink for AMD’s Ryzen Threadripper processors that support TDP of up to 250 W, so they’ll get along well with the bestial 2990WX 32 cores. The cooling system consists of a tower with two grilles and two fans to move the air. The brand promises maximum noise levels of 24.3 dBA thanks to the two Silent Winds 135 mm PWM and Silent Wings 3 120 mm PWM fans, which are decoupled from the grid to reduce vibrations. 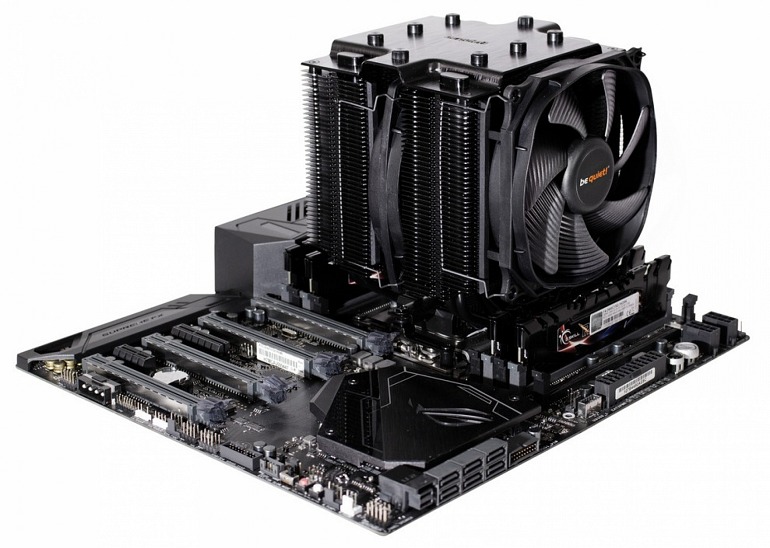 According to the company, the new grilles and heat pipes have a new black ceramic coating that, apart from maintaining the dark aspect, serves to improve the thermal conductivity. To adapt to the large surface of the TR4 socket of Threadripper, be quiet! The heatsink has a large dissipation plate and seven heat pipes that ensure that all the heat comes out as efficiently as possible. Unfortunately, clearly, the Dark Rock Pro TR4 is not compatible with other sockets. Now available for 86.90 euros.