You are here: Home / Android / Something strange in the air! Stranger Things invades Fortnite universe in special event

The new season of Stranger Things debuts tomorrow on Netflix and a curious partnership was made to promote the new episodes.

The series is winning a special event at Fortnite, and portals are already showing up at Mega Mall. Although they will not transport you to the inverted world, you will be teleported to unusual points on the map, quickly needing to reorganize your strategy to win the game from these facilitated geographical jumps.

Also, other small easter eggs are there referring to the show: Scoops Ahoy’s ice cream will replenish your life. The store employs characters like Steve and Robin in the Netflix plot.

This is not the first time that the Epic Games game gets involved with big audiovisual franchises.

For two consecutive years, we saw Thanos shake up the universe of the battle royale for the spreading of Avengers: Infinite War and also Ultimatum. The marketing model seems to work, as big companies like Disney and Netflix are betting on it to advertise their products.

Remember, the game is undergoing a major upgrade – not just content – that will require at least graphics cards with DirectX 11 support on Windows. Compatibility for Android and iOS devices follows the same: Lollipop and iOS 11 versions. 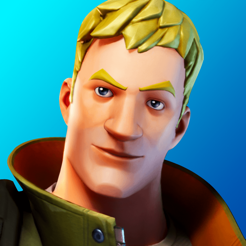