After WHO recommends total restriction of electronics until the child’s 24 months of life, a new study goes further and states that the use of smartphones can deform the human skull – of all ages.

According to scientists at the University of the Costa del Sol in Australia, people have presented a bone stimulus considered abnormal in the elongation between the skull and the cervical spine. It has been called the enthesophytes or increased external occipital protuberance (EEOP). 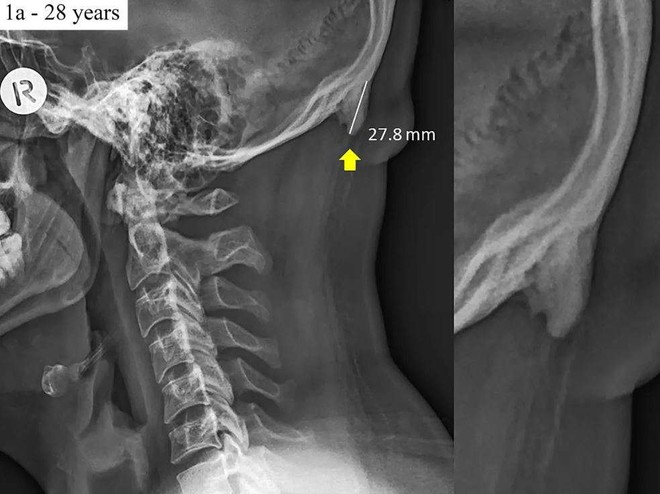 Published by Scientific Reports, the research guarantees that it is a consequence of the frequent use of cell phones, which would also affect the user’s posture. These bony projections arise from the parts where the tendon attaches to a bone.

“The development of EEOP can be attributed and explained by the extensive use of screen-based activities by individuals of all ages, including children, and associated poor posture. Our hypothesis is that the use of modern technologies and portable devices may be the main responsible for these postures and subsequent development of robust and adaptive cranial characteristics in our sample.

Authors of the study

How do you know if you have one?

To identify if you also have this bone elongation, it is possible to notice by touching the nape of the neck, in the region that includes the encounter between the cranial box and the beginning of the spine. If so, it is important to take more precautions regarding your position while using mobile devices.