Samsung is preparing its space for the arrival of the new Galaxy S10 family during the Mobile World Congress 2019, the largest technology fair aimed at the mobile segment.

Let’s face it, this is not surprising since MWC is the ideal place to announce new devices working with the latest and greatest in the smart mobile market.

Recalling rumours have already pointed out that the South Korean team could launch a 5G smartphone at the event. The latest report adds that the Galaxy S family will complete its tenth anniversary at the annual fair.

As previously reported, the cell in question will probably be a 5G variant of the Galaxy S10. It is worth noting, however, that not all Galaxy S10 series devices are compatible with 5G.

It seems the idea behind the announcement of the 5G smartphone during the Mobile World Congress 2019 is to mark the entry of the brand as one of the first companies to launch a mobile phone with the fifth generation of mobile telephony.

The Samsung Galaxy S10 can be found in four editions – Galaxy S10, S10 Plus, S10 Lite and, finally, the ceramic version of the cell phone.

hones, among them a possible Galaxy S10 powered by 5G technology.

Now, a new report corroborates that the company will show their 5G cell phone in Barcelona, Spain, taking advantage of the arrival of the tenth generation Galaxy S.

This 5G smartphone should be produced in limited numbers and only launched in markets selected by Samsung.

Initially, the brand’s 5G phones could be restricted to their country of origin, South Korea, later arriving in the United States considering that both South Korea and the US operate with the 5G network in the first half of 2019. 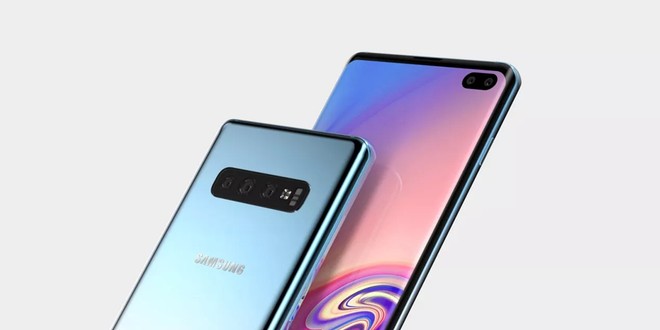 Leaks reported during this period ending 2018 suggest that Samsung’s 5G mobile phone will come with a 6.7-inch screen and four-camera configuration on the back, plus a front camera accompanied by a three-dimensional detection sensor.

In addition, it will feature Snapdragon 855 – Qualcomm’s latest SoC for high-end handsets – up to 12GB of RAM and 512GB of internal storage.

As for the colour options, it will be available in black and white colours.

Samsung has confirmed a 5G mobile phone for Verizon and AT & T carriers. In addition, the company has confirmed another 5G phone for AT & T arriving in the second half of 2019, which will likely be the next member of the Galaxy Note family.