Hellblade: Senua’s Sacrifice was announced by Ninja Theory, the same as DmC: Devil May Cry and Heavenly Sword, as another medieval action-themed game. What few knew, however, is that he would be so focused on history and character development, in this case, Senua. Beyond the fighting and the graphics, which by themselves are already excellent, Hellblade brings something that many games currently fail: feeling and a very important message. Check out our full review:

In the time of the Vikings

Hellblade is extremely focused on Viking culture. Senua begins her journey towards Hel, the “land of the dead”, where she needs, in theory, to rescue someone important to her life. She is a young warrior of her clan, but who apparently suffers from the lack of inner confidence, maximum anxiety, and the social pressure she suffered among her peers. 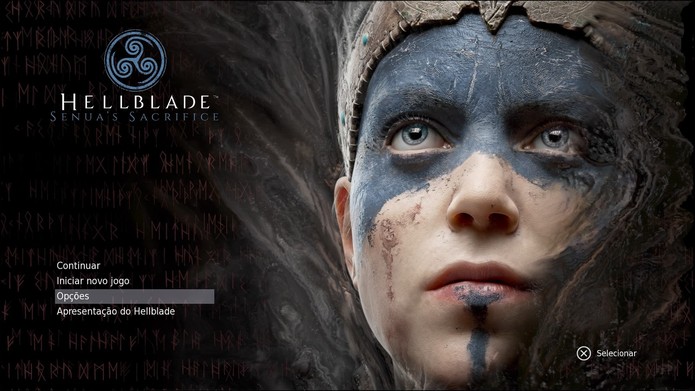 That’s right you read: Hellblade deals with real feelings in an unreal land. Senua is a person with serious disorders but still very common in today’s society. It is no coincidence that the production team makes a point of informing that the development of the game has been accompanied by health experts so that everything is presented realistically and a lesson is passed.

We can not speak of history in order not to spoil surprises. Even the so-called “save game” erase system, which has generated controversial news over the course of the game’s release, can be considered a spoiler – because it deals with something that happens in history, with Senua. 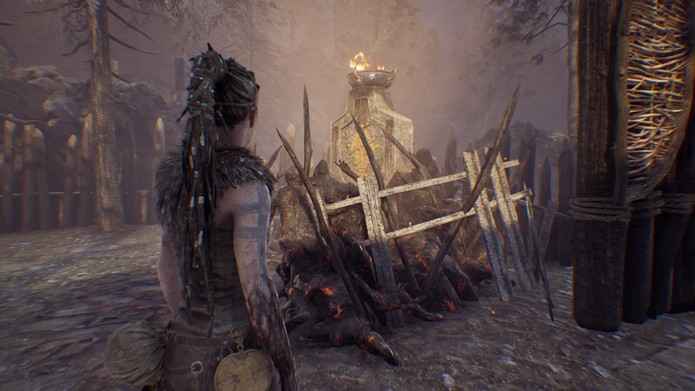 However, the game always gives you the impression of being in the skin of the young warrior and does so with the dozens of voices that speak in your head throughout the plot. It is no coincidence that the storytelling is confused at certain times, on purpose, so that Senua tries to understand what is said in her mind – past voices of her people, but which echo at various points in history.

A God of War with Dark Souls?

The basic gameplay of Hellblade is inspired by elements seen in other action-style games – although it’s not 100% focused always in action. In fact, the fight is there just for being, because it is kind of forced to have fought in a Nordic-themed game since they were warriors known for their battles against enemies.

There are elements of God of War, Dark Souls, and other games that are minimally alike in aesthetic or design terms. But do not think that the games mentioned have any minimum similarity with what Hellblade tries to pass to his player. What we mean here is that we find points of intersection between these titles, either by nuances of combat or by the graphic style that the enemies are presented. 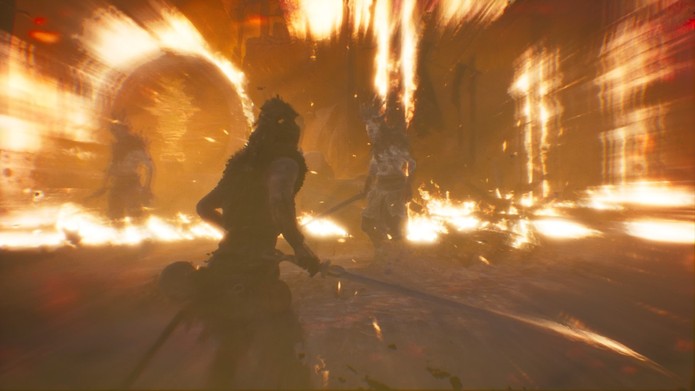 As in Dark Souls, for example, Senua can not attack without thinking and the player must calculate each attack and each defense, adapting to the movements of the enemies. And, as in God of War, enemies are mythological monsters, furious and thirsting for violence over the protagonist. Something also expected because of the almost divine theme of the threat.

The overall gameplay of Hellblade is interesting and, at the same time, tiring, though. This is an excellent game, with controls well fitted and positively well done, but with small points that could improve, such as the repetition of some puzzles and fighting. The exploration is done in the third person and Senua is almost totally seen on the screen, given the angle of the camera well closed on top of it.

However, it is up to the player to deal with purposely “hard” controls, since we are in charge of a person who is dejected, broken and in his worst moments. You can see these little details that Ninja Theory Studio put into the game, without fear of displeasing your audience – especially those who were accustomed to Heavenly Sword and DmC: Devil May Cry. An interesting detail is that Senua does not carry items, only his sword. A clear message that the focus is not on complex gameplay. 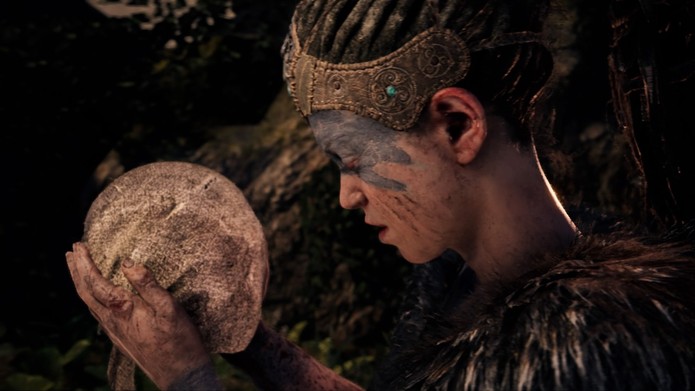 It is remarkable that everything that happens in the controls and the unfolding of the gameplay has a direct connection with the history and the mental state of Senua. The game strives so that the player is constantly reminded that the biggest enemies are not those who are in front of him during a fight, but those who live in his head.

The graphics of Hellblade: Senua’s Sacrifice are one of the most beautiful and well-made graphics seen on PS4 and PC in recent times. Following closely what Ninja Theory did in another title of his, the adored Enslaved: Odyssey To The West, the capture of facial movements seen in Senua is of high quality and they pass well the feeling of suffering of the protagonist

An interesting technique used by the game is the mix of real actors with the graphic of the game. At one point we have a vision of Senua’s past and of ghosts of real people who still torment her, who appear sinisterly in the scenes, represented by people, not polygons. It works best on the basis of “seeing to understand”, but it works very well and in a way that fits the scenario. 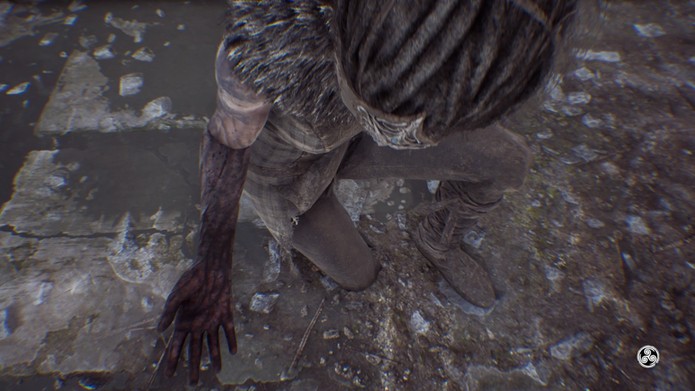 The soundtrack was composed by industrial rock bands like Combichrist and VNV Nation, which already gives you an idea of the tone of what to expect if you know these groups. All the dark tone that surrounds Senua is also in the songs that complete the setting and ambiance, besides the dubbing not only of the protagonist but of the voices that surround it. All this with the binaural sound system, which allows each voice to speak on a different channel from your TV or handset.

Hellblade: Senua’s Sacrifice is a message game, with a greater sense of what we find on the market and with the important lesson of dealing with your inner demons and real troubles of the present world – such as anxiety, depression and the impostor syndrome. With a price well in mind and adventure of the certain duration, this is one of the best games of the year and released on PS4 and PC. Despite repetitive puzzles and uninspiring challenges, his narrative, visual and ambiance make up for it.