You are here: Home / Apps & Games / No Man’s Sky Seeks Feedback From its Fans to Continue Improving

Hello, Games has the community to “shape the future of the game”. 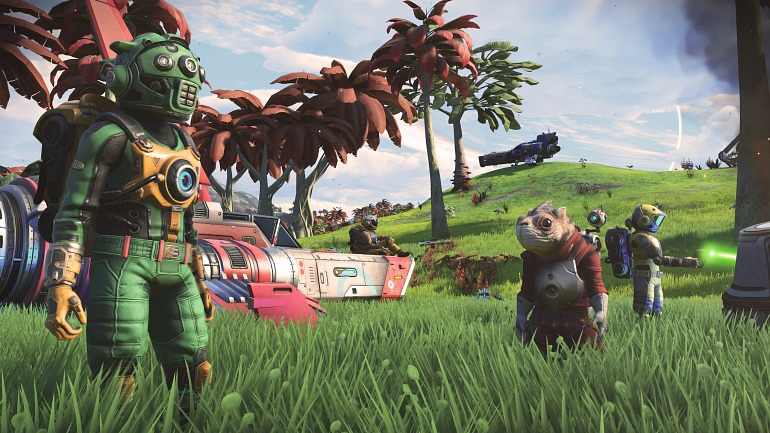 Not satisfied with the substantial update Next of No Man’s Sky, Hello Games issues a new survey from its social networks to know the opinion of its players and what they want to see in the future of the game. There seems to be no intention of stopping where they are.

Among other things, the survey asks us what improvements or new features we are most excited about in the future, to choose between “depth of construction of bases, new comforts, variety and depth of NPC, replacement of the orbs by complete modeling of character, more bizarre and varied planets, polished existing features, improvements to underwater navigation, virtual reality support, larger multiplayer rooms “or simply” others “.

You can play No Man’s Sky on PC, PS4 and Xbox One. The Next update, launched in July, introduced multiplayer, substantial improvements to game graphics, third-person exploration, base construction, hundreds of components and materials to build buildings and a fleet. Recently the motorcycles also arrived at NMS.