You are here: Home / News / Moto Z4 is listed on Amazon with Snapdragon 675 and screen with drop notch

More rumours have surfaced about Motorola’s Moto Z4 line. For the first time, apparently, we will not have a Play variant in this series, relying only on the standard Moto Z4 and Moto Z4 Force, according to previously released information.

We have seen several rumours indicating that the base model will feature a Snapdragon 600 series processor and only one rear camera. A leak today confirms this information and other details.

It was listed on the Amazon site, having its characteristics confirmed and even its official price disclosed.

Also Read: Expanding the line! Motorola may be developing One Pro, second leak

According to the retailer’s website, the device should even have a big screen with a notch in drop format, as expected due to leaks, and be offered in a variant with 4 GB of RAM and 128 GB of space for internal storage. 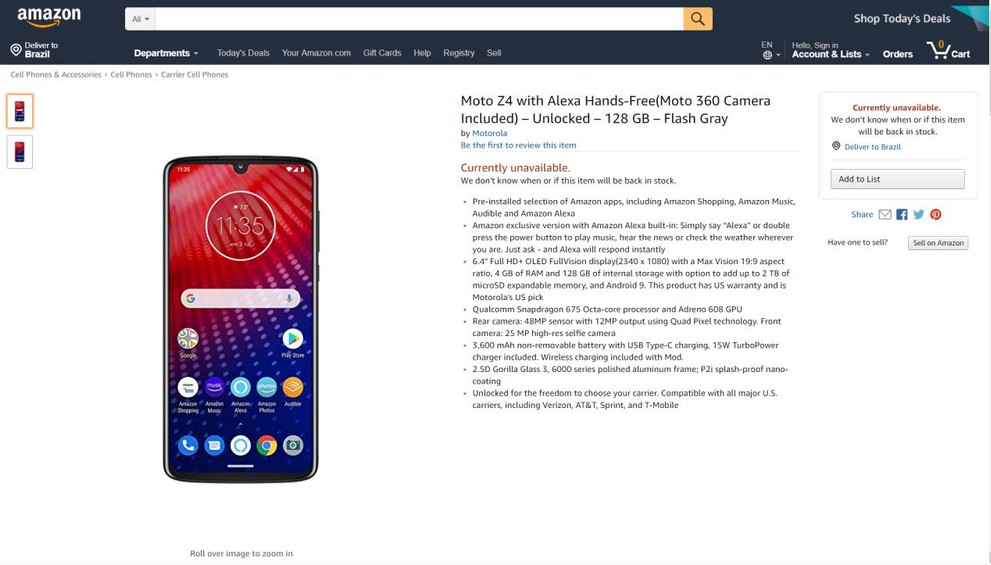 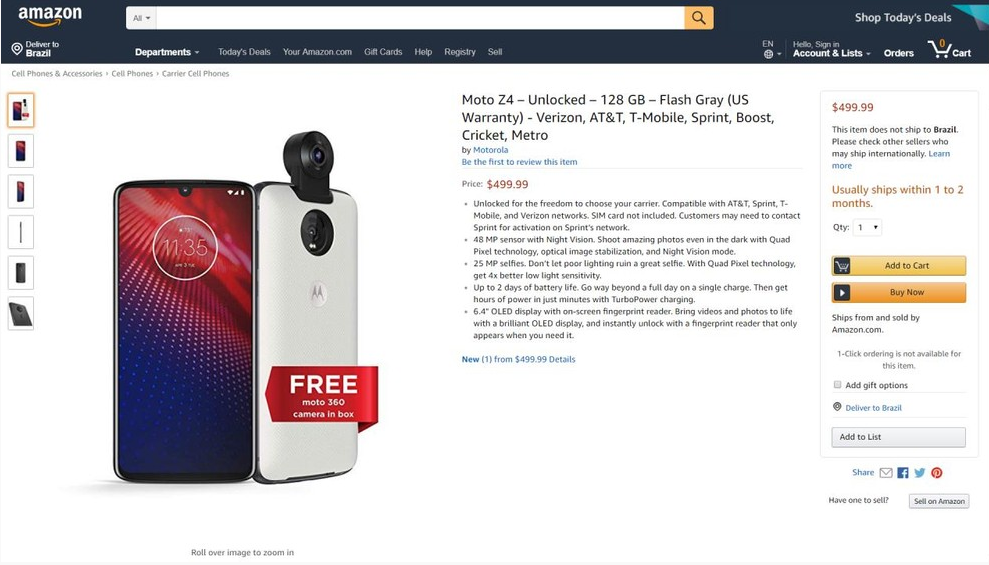 The Moto Z4, in a combo with the Snap Moto 360 Camera, would supposedly cost $ 499, or roughly $ 2017 in direct conversion and without the addition of national taxes. There is no date yet for it to be officially signed.

But since it’s already showing up in stores, it should not be long before it’s finally introduced to the public. Now we have to wait.