Andrew Williamson, vice president of Public Relations and Communications for Huawei Technologies Ltd., has just confirmed that the company’s operating system to replace Android is being tested in select markets and that although this was not the path the company wanted to follow, the new system may be the potential substitute.

Citing the “HongMeng” brand, the executive ensured that the platform to replace Android is already being tested by Huawei, especially in China. In the interview Williamson said:

Huawei is in the process of launching a potential replacement [for Android].This is not something that Huawei wants. We are very happy to be part of the Android family, but HongMeng is being tested, mainly in China.

The executive also said that the company will try to register the Hongmeng brand, that the system will be ready “in months” and that it still sees the company grow in 2019. Compared with last year and its expansion of 19.5%, the forecast of the Huawei is for the manufacturer to keep growing, now with 20%. 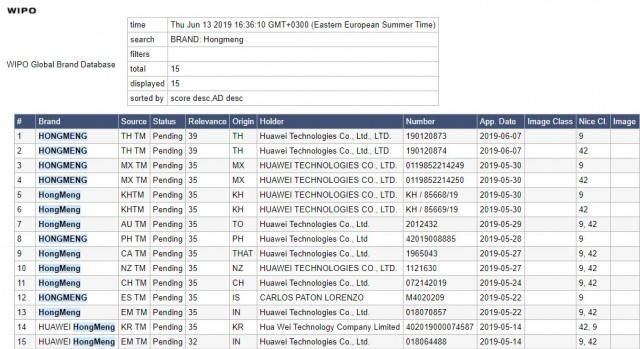 “HongMeng” is registered in WIPO

The World Intellectual Property Organization ( WIPO ) is a body that makes the trademark used in hundreds of countries without having to be re-approved in each of the new countries. Data from WIPO revealed that Huawei was already aiming to launch the brand in some countries.

The regions include countries in North America, Europe and Asia such as Australia, Canada, South Korea, Mexico, India, Indonesia, UK and dozens of others.

Last month the HongMeng brand had already been approved by CNIPA, China’s intellectual property body, allowing Huawei to spread its new platform across the country. 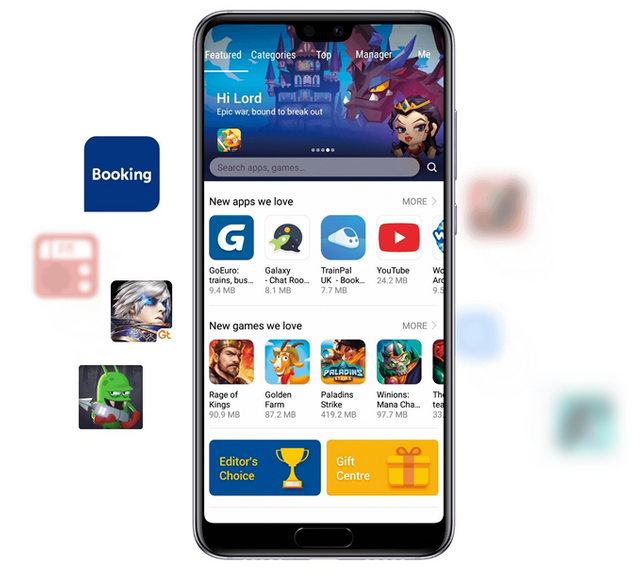 A new system and a new application store

The company will definitely need to use the Android base to develop its operating system, allowing applications and games to be used in HongMeng without many compatibility issues. As Android is already based on a free Open Source code, then the company has access to such records.

Huawei App Gallery already exists in the Chinese market and on the company’s own smartphones and allows users to install games and applications without having to go to the Google Play Store. There are indications that Huawei can work alongside Aptoide to provide a large number of apps at launch, which could boost the number of applications and games to more than 900,000.

Recommended: Google Pixel 4 comes in a realistic concept with controversial design; check out

Scheduled to launch in the Chinese market for the month of October, we still need to wait a few more details to assert with greater assurances whether Huawei should bet on HongMeng OS, whether to call it Ark OS on the world market outside China or still the company will really work on Aurora OS, based on the OS Sailfish.