And a few weeks after releasing its final episode, which still shares opinions on the internet, the Game Of Thrones series will win yet another game for smartphones. The game is pre-registration available for both Android and iOS, allowing several users to take advantage of this new.

Game of Thrones Beyond the Wall will be an RPG game that has a story behind, developing a battle full of tactics to reach the expected result: victory. Despite the popularity of the series, the game’s events will pass before the context presented in 6 seasons on the HBO channel, but many popular characters with the public will be present in the project developed by Behavior Interactive.

Command the Night’s Patrol in an original Game of Thrones story. Use the power of the dam trees to play characters like Jon Snow, Melisandre and Daenerys Targaryen.

48 years before the events of the Game of Thrones TV show, Lord Commander Brynden Rivers, better known as “Bloodraven”, disappeared as he went beyond the Wall. Now it’s your turn to take over the Night Patrol.

To pre-register, just click on the link for the operating system of your smartphone and wait for the release of the game. It is worth remembering that the developer has already made it clear that the game will only be released at the end of 2019, so you have to keep an eye out for any notification about news about the title that arrives on the phone.

Game of Thrones Beyond the Wall™
Price: Free+ 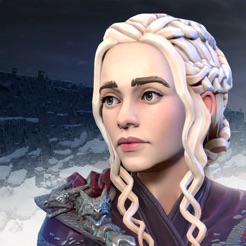 Game of Thrones Beyond…
Price: Free