You are here: Home / Android / Game Freak on Pokémon Let’s Go: “We Open Ourselves to New Ideas”

Junichi Masuda, director, acknowledges that the decision to eliminate battles against wild Pokémon was not well received. 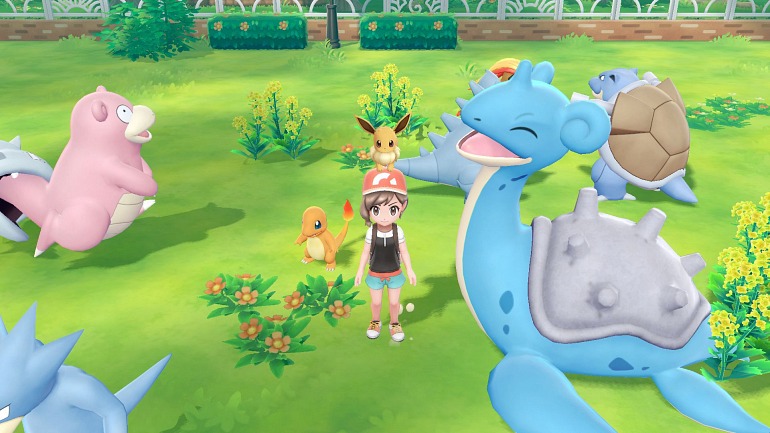 In a recent interview with Polygon, the director and composer Junichi Masuda of Game Freak has talked about the most controversial decisions that have been made with Pokémon Let’s Go, Pikachu! / Pokémon Let’s Go, Eevee! , deliveries that have received very divided opinions from the most enthusiastic followers. Taking as an example the idea of leaving out the battles against wild Pokémon, Masuda explains that in Game Freak “we are always open to new ideas”.

“It is difficult [to backtrack in some aspects] because many people who work in the team have also grown up with Pokémon,” says the creative. “They have an idea of what Pokémon is supposed to be, they played the games, they enjoyed them on their own […] The idea of eliminating the battles against wild Pokémon and trying something different had a lot of resistance at the beginning. he said ‘no, of course, it’s Pokémon, there are battles against wild Pokémon, that’s how it works.’ There are many unwritten rules that people feel anyway. “

“At the same time, in Game Freak, we are always open to new ideas,” he continues. “If someone has a great initiative or wants to try something, we want to give them the opportunity to do it, with each project a new challenge also arises, simply when we do not take things for granted.” We always say “what do we want to achieve with this project? Do we want to try this time? ‘ […] One of the things I always say at the beginning of every development, is that they do not make Pokemon, that they do Pokémon from the beginning. “

Pokémon Let’s Go, Pikachu! / Pokémon Let’s Go, Eevee! They will arrive in stores on November 16, reimagining Yellow Pokémon with ideas extracted from Pokémon GO. Among other things, it will mean the debut of the unique Pokémon Melton in the main series.