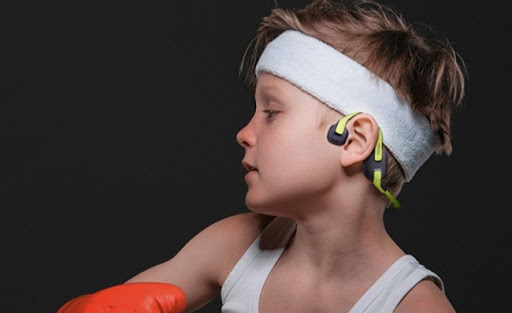 Chinese subsidiary BBK launched the first open headset with a design created for children. In 2016, a few years after introducing its commercial brand imoo to the market, the company launched an educational smartphone for the little ones.

The imoo Ear-care is an open headset, that is, without any cover in the ears, that takes the sound to the area near the tragus; this allows the user to remain attentive to what is happening around them and at the same time increases the distance between the speakers and the eardrums, reducing the chances of hearing loss.

In addition, the phone has two 16.2mm speakers with sensors that automatically pause music playback when removed from the ears.

Imoo is a company whose focus is the child audience and, therefore, Ear-care has several features designed to ensure the safety of the little ones. The reproduction volume of the headset goes up to 85 decibels and the material used for construction is a lightweight and anti-allergenic plastic. In addition, it has water and dust resistance.

The headset connection is made via Bluetooth 5.0 and a range of ten meters. The battery lasts for about eight hours with a full charge of one hour. The imoo Ear-care is available in Aurora Green for the US $ 59 (approximately R $ 328) on the imoo website.

What did you think of the novelty? Tell your opinion in the comments!