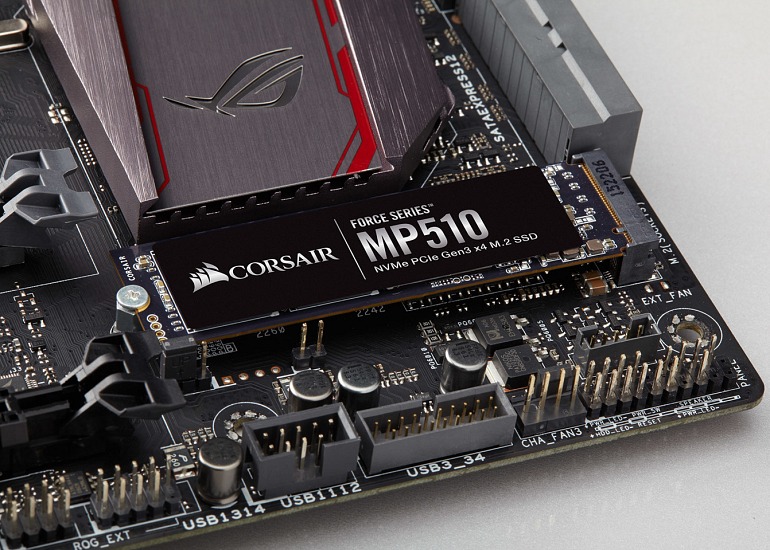 Corsair has announced the launch of a new NVD SSD series of M.2 PCIe format, the Force Series MP510 , which is placed at its top end. These units present sequential read speeds of up to 3480 MB / s and sequential write of 3000 MB / s, making them the fastest of the brand. They are available in capacities of 240, 480, 960 and 1920 GB , and thanks to the M.2 format can be placed perfectly on motherboards or laptops. On the other hand, with the PCIe Gen3 x4 M.2 interface it is possible to maximize the bandwidth.

Inside it is NAND flash memory TLC 3D high density, apart from a thermal interface that dissipates heat to move away from the PCB. In this way, it is guaranteed that the units will yield and last for years. This is what we have in terms of prices: 69 dollars for the 240 GB, 129 for the 480 GB and 239 for the 960 GB. The 1920 GB model is at $ 474. They will arrive soon to the stores and will be another option before the overpopulated SSD market that has historically ruled Samsung.