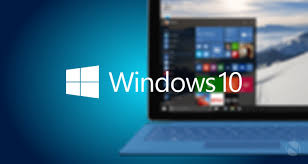 Officially introduced by Microsoft in May, the 1903 update has been temporarily distributed to users who have a Qualcomm-signed Wi-Fi card device.

According to the warning, this decision aims to safeguard the user’s experience with the operating system, thus preventing possible problems that can be avoided by the customer, thanks to the incompatibility of the driver in question with the new update.

According to Microsoft itself, the workaround for this issue is to download and install the updated Wi-Fi driver directly from the OEM manufacturer’s website.

Only then is it possible to install the new version of the system without any additional problems, so you should not insist on forced installation via the Update Now button or via the Media Creation Tool.

Before you can upgrade to Windows 10, version 1903, you will need to download and install an updated device manufacturer (OEM) Wi-Fi driver.

Note: We recommend that you do not attempt to manually update using the Update Now button or the Media Creation Tool until a new driver has been installed and the Windows 10 feature update version 1903 has been automatically offered to you.

Recommended: Apple should only launch iPhone with fingerprint sensor under display and Face ID in 2021

So, did you have any problems updating your PC? Tell us in the comments!