You are here: Home / Archives for Street Fighter V Arcade Edition will Adapt to Recreational Salons 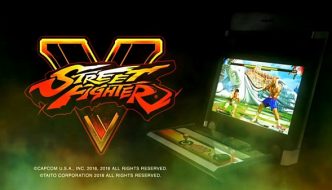 Capcom plans to test its new recreation in the month of October. At the end of a major eSport event centered on Street Fighter V: Arcade Edition, the producer of the latest episodes of the Street Fighter series has confirmed that the game will be adapted to Japanese arcades on a date yet to be determined. Yoshinori Ono has […]