You are here: Home / Archives for Pokémon Let’s Go has an Endgame Based on Defeating 151 High Level Pokémon 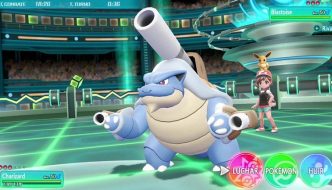 The developers have dubbed it “Monster Trainer”. Pokémon Let’s Go is very oriented to new users, a kind of bridge between Pokémon Go and the traditional video game series of Game Freak. However, Junichi Masuda (Producer) sentenced us in an interview that despite having “a simple and friendly appearance”, he wants the veterans to feel attracted as well. […]