You are here: Home / Archives for new carrier 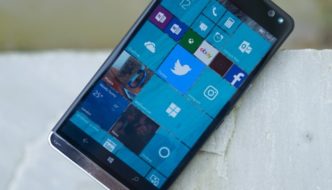 The HP Elite X3 was duly announced last year and is now available for purchase in several countries around the world, including the United States. However, it now appears that he is coming specifically to an American carrier. That’s because a new application for company certification makes clear the intention to launch the Elite X3 at Verizon. The […]