You are here: Home / Archives for Garena Speed Drifters on PC 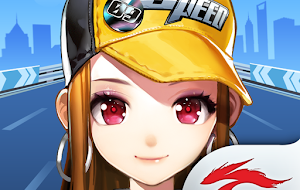 Garena Speed ​​Drifters is the international version of QQ Speed, the Korean racing game developed by Tencent for the Asian market. The adaptation adds several languages ​​but maintains its game system strongly inspired by sagas such as Mario Kart or Sonic & SEGA All-Stars. The game proposes to overcome races of no more than three […]