You are here: Home / Archives for Galaxy Buds Plus 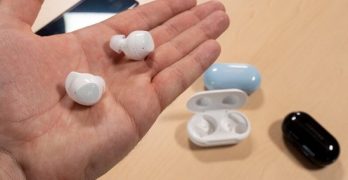 Announced alongside the new members of the Galaxy S20 family, the Galaxy Buds Plus wireless headphones stand out for presenting new features and improved audio drivers. Recently, Samsung released the first software update and even cleared up some questions about the devices. However, what a lot of people still don’t know is whether it is possible to repair the wireless headphones. Now, the folks at iFixit […]