You are here: Home / Archives for Fortnite will Eliminate the Controversial Animation of Calamity’s chest 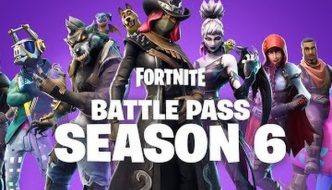 Epic will remove this detail, added by mistake, in a next update of the game. The new update of Season 6 of Fortnite leaves a new controversy among fans after the appearance of a new animation in the chest of one of the female characters of the game. Epic Games has expressed that it is a “shameful mistake” and that […]