You are here: Home / Archives for Chicken Rider PC 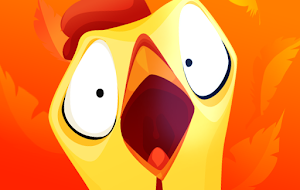 Chicken Rider is a game in which we will control a chicken that, with a polar bear cub on top, will run for its freedom, trying to avoid being caught by the numerous enemies that will appear. During games the character will run automatically, having only to press the screen to make it jump, having […]