Samsung is certainly one of the top brands when the subject matter is the number of patents registered – and here is another document signed by the parent company of the Galaxy family.

Apparently, Samsung is interested in a new mobile phone with two screens.

This model is essentially different from the folding concept of Galaxy Fold. Basically, it would not bring a foldable solution, but rather a common screen on the front and another display on the back.

According to information released this week, the technology in question was registered in July 2018 by the South Korean brand, but to date has not found a place in the market. 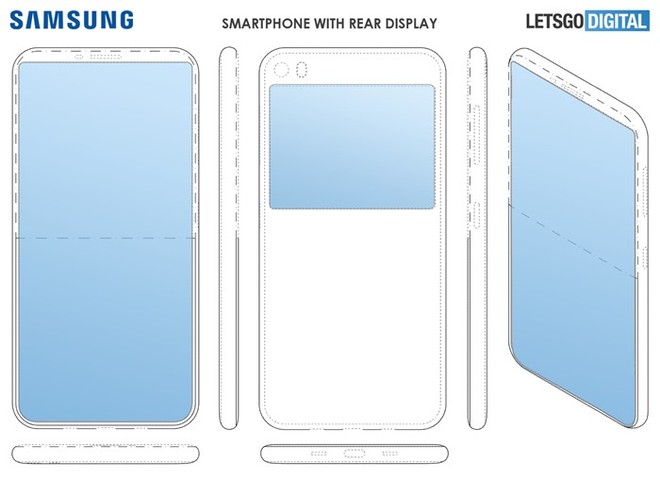 It is a good thing that the images confirm that Samsung has the technology registration, but the document does not clearly reveal how this technology would work in practice.

The secondary screen could be useful for displaying basic information such as time, date, weather, messages and other notifications on a day to day basis.

She would also be a good companion when recording photos with the camera’s main camera, in a simpler example.

Samsung has never released a cell phone with this archetype, but the technology is not new in the market.

In 2013, Russian manufacturer Yota Devices launched YotaPhone, which had a secondary display capable of displaying notifications. The following year, this same brand introduced to the world YotaPhone 2 with this technology.

It is worth remembering that Vivo also bet on this design with the Nex Dual Display last year, leaving aside the self- camera for a 6.39-inch screen with a very expressive front use. At the back, the phone has a 5.49-inch screen that displays information and serves as a dashboard to display selfies with the two image sensors of the handset.

And speaking of 2018, manufacturer Nubia also stepped in last year to introduce Nubia X with two screens to get rid of the notch infamous, noting that this solution may be a trend in the next generation.