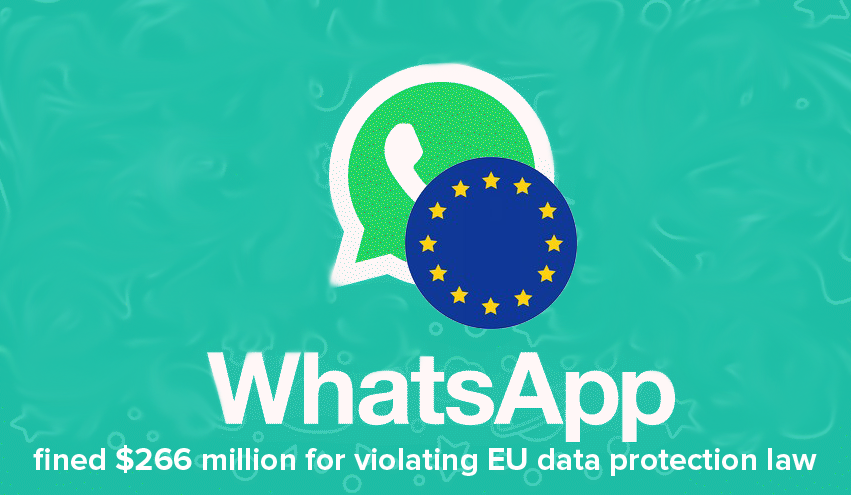 Privacy and WhatsApp — two terms that, when combined in one sentence, generate controversy in various regions of the world. Facebook’s subsidiary messenger, which is also not a reference in user preservation, is expected to respond to alleged breaches of privacy with a million-dollar fine in the European Union.

The Wall Street Journal reported this Thursday (2nd) that Mark Zuckerberg’s company was fined €225 million, that is, US$ 266 million or R$ 1.38 billion for not providing the proper information on how to handle it. user data.

The fine was issued by the Data Protection Commission of Ireland, a body that speaks on behalf of the board representing all its counterparts in the European Union. The block states that “WhatsApp did not meet the requirements” to explain to users how data is collected and used.

In a note issued to the US media, an official WhatsApp representative said:

WhatsApp is committed to providing a safe and private service. We work to ensure that the information we provide is transparent and comprehensive and will continue to do so. We disagree with today’s decision on the transparency we bring to people in 2018 and the penalties are totally disproportionate.

On its official page, WhatsApp states that it shares phone numbers, transaction data, business interactions, mobile device information, IP addresses and other user information with Facebook, but clarifies that it does not share personal conversations, location, or records of calls.

The Irish commission responds to criticism from other European regulators for not approaching the tech giants rigidly and quickly, imposing the necessary demands on the corporation. “After this reassessment, the Data Protection Commission imposed a fine of 225 million euros on WhatsApp,” the organization said.