Just like in every year, the Federal Revenue opened a new online auction with seized products, this time with 122 lots confiscated in the ports of Belém (PA) and Manaus (AM).

Mobile phones from Samsung, Apple and Xiaomi appear among other electronics, starting from the house of the RS 180 – which is the case of the Mi 8 Lite, for example.

The auction still offers consoles – such as the Xbox One, PS4, used cars, bikes and even a boulder in lots for individuals. The period for receipt of proposals is already underway and should be continued until June 24 at 6:00 p.m.

The auction will take place on November 25 at 4pm on the official website of the federal agency .

Keep in mind that it is possible to schedule a visit to verify the products in person at the offices of the Internal Revenue Service in Belém, Macapá, Manaus, Porto Velho, and Rio Branco.

It is worth mentioning that the prices available on the Federal Revenue website correspond to the minimum value for each lot, and there is no maximum price in the auction. 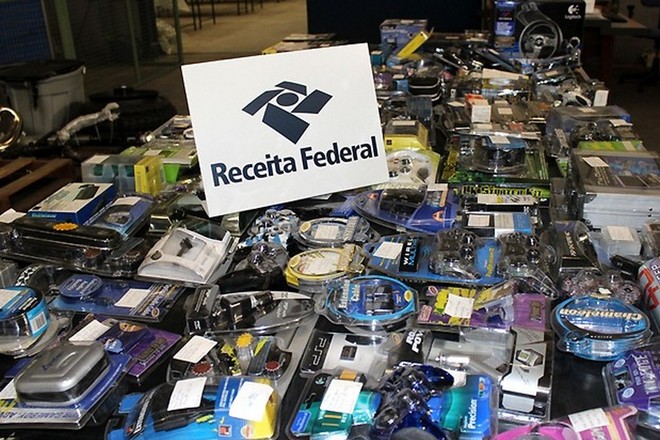 The auction is divided into two phases.

In the first, participants must make a purchase value proposal on the IRS website until 6:00 pm on June 24. Only the participant that bid up to 10% less than the best bid passes to the next phase.

In a practical example: if a lot reaches the maximum bid of R $ 2 thousand, only those who have bid above R $ 1.8 thousand can continue in the online trading session, which will take place on June 25.

The winner must make the payment within one day after the auction is confirmed at the end of the auction. The maximum payment period is 20 days, with a fine added.

Missing this deadline, the product goes back to the auction.

The IRS does not take responsibility for the freight, it is necessary to take the product on the spot or hire some company that does the transport to you. Returns or exchanges are also not accepted, and the devices are not guaranteed.

How to participate?
Any individual over the age of 18, a regular Federal Individual Taxpayer’s ID and an e-CAC certificate from the Internal Revenue Service can participate and bid. Of the 122 lots available, 72 can be purchased for this type of modality.

Another important point that requires attention is that the edict vetoes the future marketing of products purchased by individuals. For legal entities, it is necessary to have a valid CNPJ and be regularized with the Internal Revenue Service.