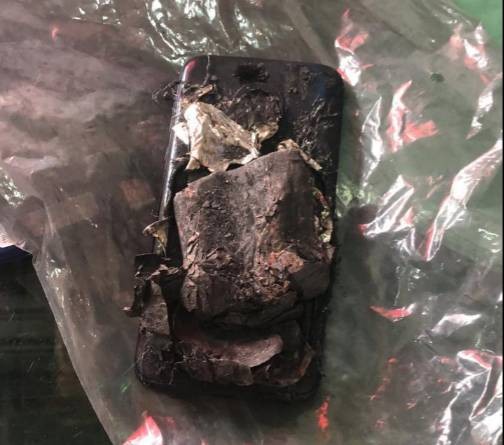 Occasionally, there are cases of mobile phones that catch fire and often even endanger their users. One of these scares occurred this week in Curitiba, Paraná. A Moto G7 Power exploded in the pocket of a 14-year-old student during PE class.

Kayke had a unit of the device – bought in March for $ 1,399, as her mother tells RIC Maiswebsite – while doing the activity. Around 10 am when the city temperature was between 7 ° C and 11 ° C, the teenager’s friends noticed smoke coming out of his pocket and alerted him.

At first, the young man thought it was a joke and just realized what was happening felt warm the area where the device was stored. In desperation, she tried to remove him from the scene but failed.

The way out was to take off his pants, only to wear his underwear in the middle of class, and thus be able to pull the phone from the pocket – already melted – and hurl it already flaming away. It took a fire extinguisher to contain the fire. Fortunately, no one was hurt.

Parents and children would have been terrified of this because of the enormous risk of causing an even more serious situation.

Kayke’s mother Lorena Loiola even reported to the Motorola Ombudsman on Thursday (15). She was warned that they would return on Friday (16) – something that had not happened late yesterday morning, as reported by RIC Mais.

What did you think about the incident that happened to the teenager in Paraná? Join us in the space below.